Along Fifth Avenue between 44th Street and 79th Street

A parade held in honor of the millions of Puerto Rico inhabitants and those of Puerto Rican birth or heritage residing within the United States.

Because of the huge turnout, roughly in the millions, this stands to be one of the largest outdoor events in the United States. The first Puerto Rican Day Parade was held on Sunday, April 13, 1958.

To learn more about this annual event visit the associated Wiki Page. 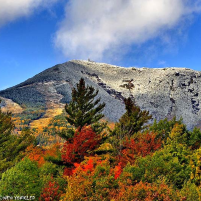